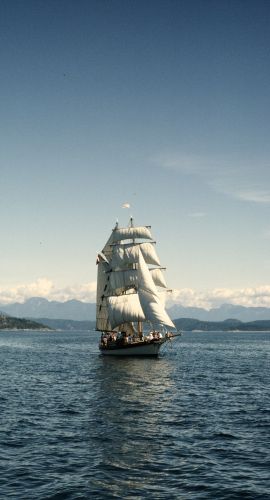 1984-1985 Spirit of Chemainus In April, 1984, SALTS received a donation of a partially completed hull and undertook to complete the vessel construction. Symbolic of the ships sailed by our forefathers, this new vessel was rigged as a brigantine (with four squaresails on the foremast), as was the historic Cadboro, the first such rig to enter Victoria Harbour in 1837 under the command of Captain Brotchie.
​
The hull design was based on a Gloucester fishing sloop, with lines taken off and recorded by Howard Chapelle. Alex Spiller, formerly of Dodge Cove near Prince Rupert, had already lofted the vessel and prepared the moulds at his shop in Dodge Cove, when it was decided to transport them and many of his shipyard tools to Chemainus.

The Chemainus represented her birthplace, the Chemainus Valley, as official "Tall Ship of Vancouver Island" in 1986. She then served as a sail training vessel for young people for several years before being sold. She was sold for several reasons, the primary one being that she could not accommodate enough trainees to pay for the maintenance and crew necessary to keep it sailing as a sail training vessel. Nevertheless, she proved an excellent training ship for SALTS crews to learn the handling of a square rigged vessel, and was instrumental in Expo officials inviting SALTS to build the Pacific Swift at the Expo ‘86 world’s fair in Vancouver. 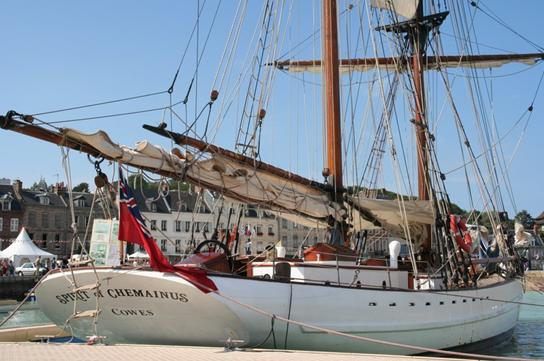 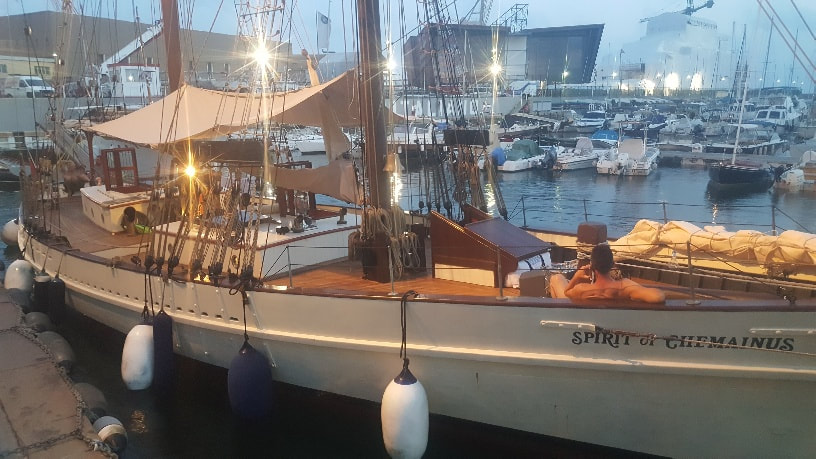